Spring term 2014 I took a Crisis Management corse through theUniversity of Oregon  SOJC thought by Kelli Matthews. This corse explored the ins and outs of managing inevitable public relations crises. During the term we had two crises simulations that required hands-on work.

The first simulation was lead by Jonathan Bernstein, a seasoned crisis management professional.  We began the day by going over the most important points in his piece, Keeping the Wolves at Bay. Our class was broken up into five groups of five and when handed a single page document explaining the mock crisis and the details that was known at the time. This “assignment” consisted of a 45 minute session where teams developed key messages and prepared for on camera interviews. Next, each team filtered through the SOJC studio and had mock interviews lead by Bernstein. He attempted to trips us up and distract us from our key messages (It may have worked…). Immediately following this we compiled everyones interview and projected them in front of the class. Bernstein would pause our interviews at the faults and discuss what we could have done better. Although slightly ruthless, this experience was unforgettable. Within four hours I was able to have tangible experience that mimicked the management of a crisis.

The second simulation was broader and encompassed the crisis as a whole.

Once again out class was split into small groups. This time we were all assigned a specific government affiliation. Some groups represented a town’s police department while others represented the state governor’s office.  By use of supplemental reading, each group became familiar with their respective personas. With the help of Kelli, a simulation website and three proctors in Virginia our class was given a live-time mock terrorist attack and the reigns to control it. Throughout the four hours our class would discover further developments and the simulation would change based off of our management and decisions. We were required to response via press releases and social media. Concluding the day we hosted a mock press conference where elected individuals represented government personal and were interviewed by reporting students. The simulation was a huge success! The live experience and adrenaline filled work gave the class a look into the management of  real PR crisis. 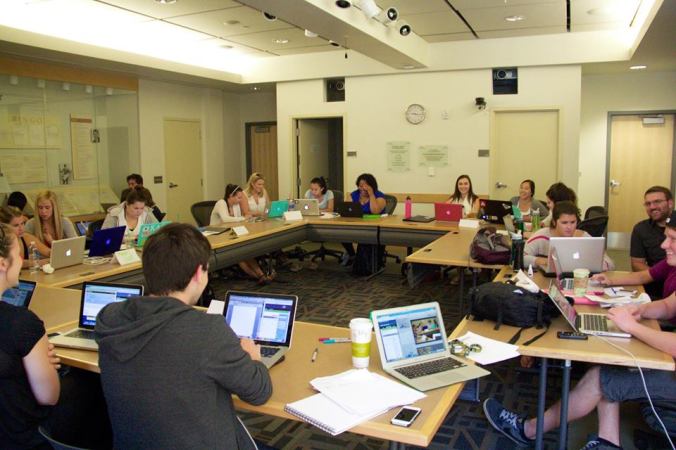 One thought on “Crisis Management”